Below you will find my way from San Pedro de Atacama to Potosí.

At 8.15 a.m. I’m at the Gomería, dismount my front tyre and be surprised that he he is doing all manually. After 30 min all is fine and I can leave with a new tyre. 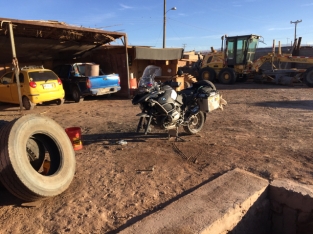 After that I enjoy the breakfast before the new challenge follows: how to get the new luggage on my bike.

END_OF_DOCUMENT_TOKEN_TO_BE_REPLACED

Below you will find my trip from Salta to San Predo de Atacama. 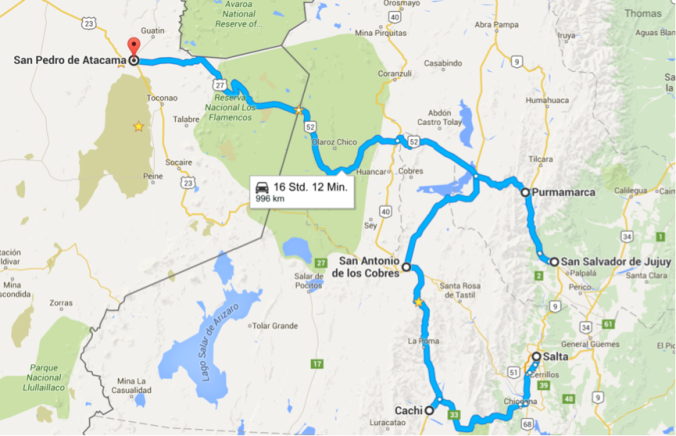 In El Carril I turn right to Cachi and after some kilometers the scenery changes immediately. 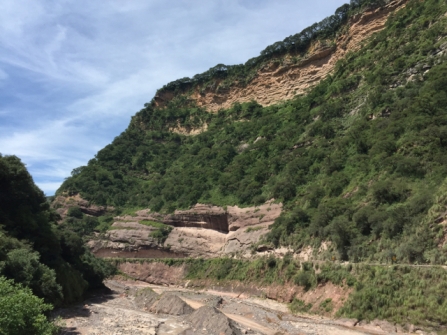 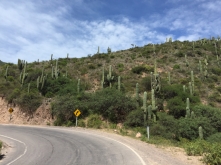 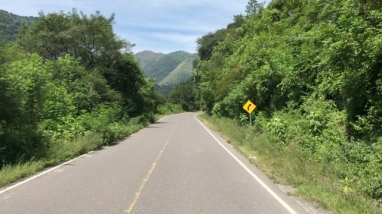 Very european and really green. Even above 2.500m you can still find trees. Heading further I reach the National Park Los Cardones with its numberless cactii which a hight up to  6m hoch. At 2.30 p.m. I reach Cachi. After a short break I will conquer the highest pass of Argentina. From Payogasta onwards the RN40 is again a graved road. 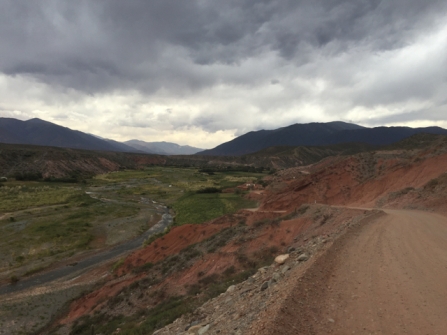 END_OF_DOCUMENT_TOKEN_TO_BE_REPLACED

Below you will find my trip from La Serena to Salta. On my way to the European Southern Observatory (ESO) I get actually stopped by the police. They ask me if I know how fast I’m allowed to drive. I answered that this depends on the type of road, between 90 and 120 km/h. He takes a look at my German driver license because I forgot my international one in my hostel. Then he says: “Here it’s 80km/h and the laser shows 110km/h. Didn’t you see that the lane ends in 300m?”. I apologized myself and promised not to do it again and they let me go. Puuh! (And the way back I checked the signs and saw that in that specific area 100km/h was allowed!). Finally I arrived at the Observatory and get an individual guidance because there is just 3 participants and the other 2 are from Peru/Chile. Within 3 hours I get a full technical introduction and what are the next steps. Even a telescope’s bottom will be shown, an absolute exception. 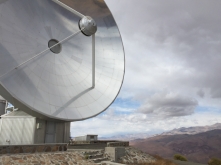 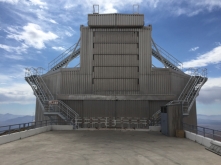 Thanks to El Niño the normally blue sky is at least very cloudy.

In the morning I’m very excited because today I will drive to my highest pass so far, the ~4.800m high Paso Agua Negra. It’s a nice ride through the valley in direction to Vicuña. It is really interesting how slow the ascending is. The Chilean emigration is at 2.200m, 80km before the pass. From now on 100km „ripio“, easy to drive. The thin air above 4.000m is challenging for me and give me latent headache. The landscape is indescribable. 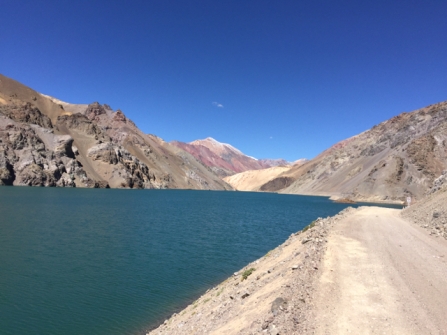 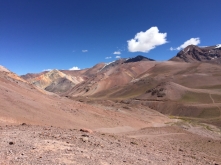 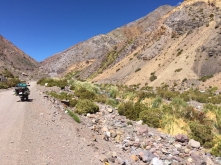 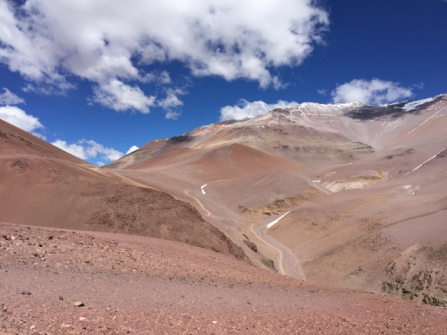 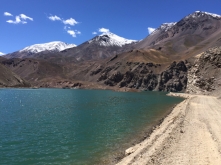 On the top I just take a picture quickly. And I’m happy that I don’t feel dizzy further down anymore.

Between the 2 borders are 180km and the Immigration to Argentina in the provisional Station is easy. Back to RN40 I can see on my GPS that the “Ex-RN150” is on the right. I take the dirty road and find a great place for the night. 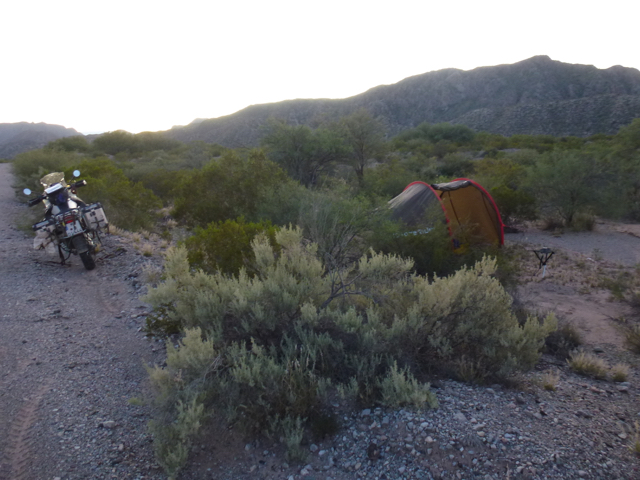 Only the mosquitos are horrible.

It has  26°C already at half past eight. And due to no food I start very early. After a short time my first challenge appears. I walk around and think it is doable. 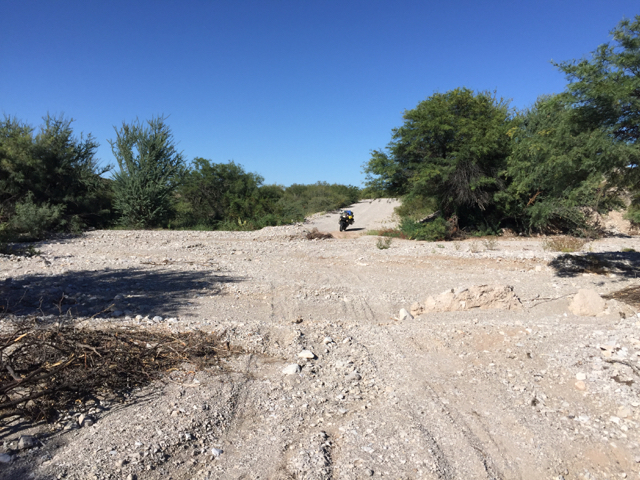 Unfortunately I get stopped by a step in the last sector. I get off the bike and by heavy use of the clutch and make it. Until the next location. Here I have to capitulate and return.

Back on the RN40 I take the next branch to Ischigualasto on the real RN150. Only after 60km the first bends and mountains appear to Valle de la Luna. 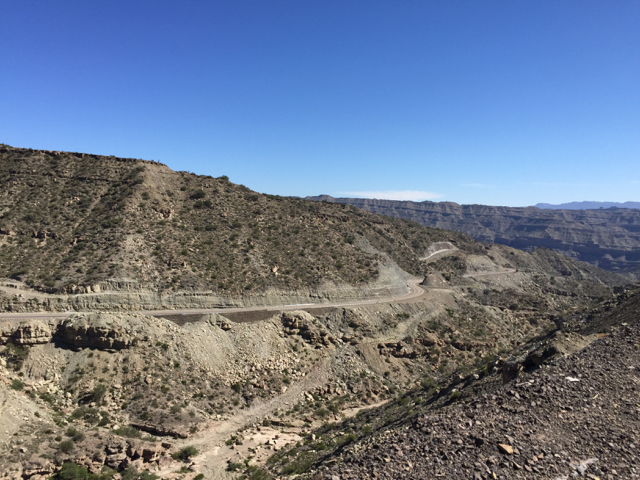 On the way to the NP Talampaya I can see this nice vehicle.

But now I’m really disappointed. 120km only straight ahead..

Back to RN40 another 60km just straight ahead. Eventually nice hills and great roads come along. 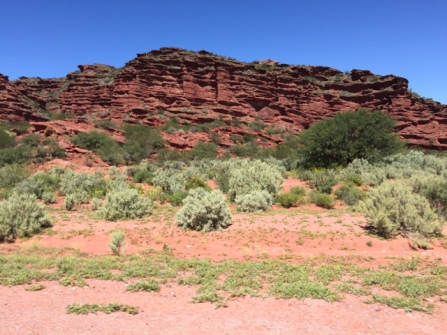 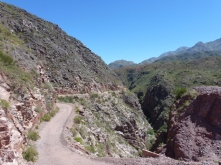 old road beside RN40 to Chilecito 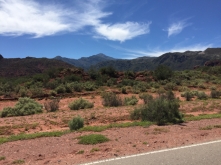 Today I drink much more water than before and I’m happy as I find a kiosk. Behind Belén the tour becomes again attractive and near San Fernando I find a nice camp site.

In the evening I was lazy and brought my bike next to my site. Now, in the morning I’m wise and bring Flecha back to the road before I pack it.

move the back side step by step

This is more difficult than expected and I’m completely wet when I made it. Now I’m heading to Cafayate. But in Santa Maria suddenly the road is not only graved but is also going through a river bed. A native biker promises me that it is only 300m. Well, let’s go. After half of the distance it was too much for Flecha and me, and it felt again on the left sid! 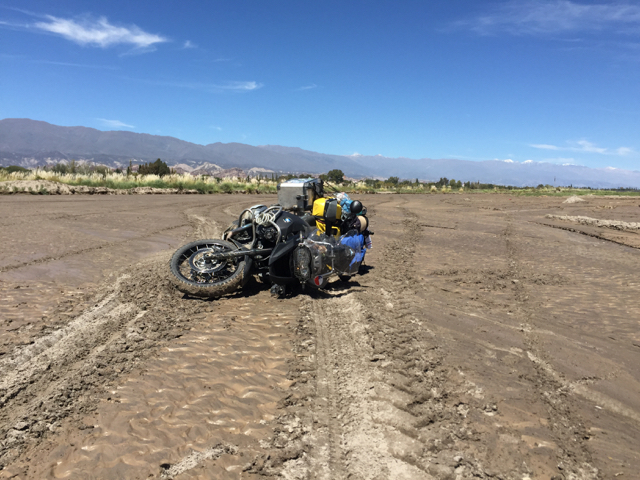 Together we are able to lift it up without unpacking, and after the river bed it is easy going. From Cafayata to Salta via RN68 is a fascinating ride trough various rock formations and a spectrum of red tones. 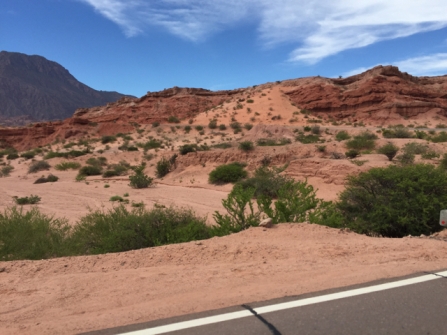 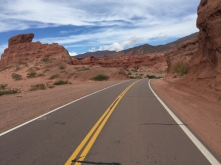 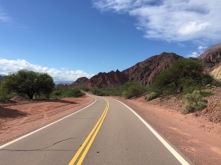 Arriving in Salta the rush-hour drives me crazy and Im glad to reach the hostel without any accidants. In the evening hours I walk through Salta’s streets and its Plaza 9 de Julio with the Basilika.

Catedral of Salta by night

After the poor breakfast I make the obligatory city tour and walk firstly to the Casa Hernández, that was built in 1780.

In the Museo Argeológico de Alta Montaña I learn a lot about the Inka culture and the excavations on one of the highest volvanos in South America. After lunch with regional food – Talmal and Locro – I take the cable car, der Teleférico,

to the top of Cerro San Bernarndo from where you have a great view over the city and its expansion. 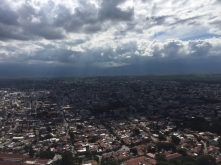 Artificial waterfalls invites you for a stay while in the back country a thunder storm is visible (but never reaching Santa:-)). Returning to the city I use the stairs downhill and come finally to General Güemes monument. At 7 p.m. I meet the Suisse friends Brigitte and Daniel together with their Dutch friends for a great dinner with excellent wine. 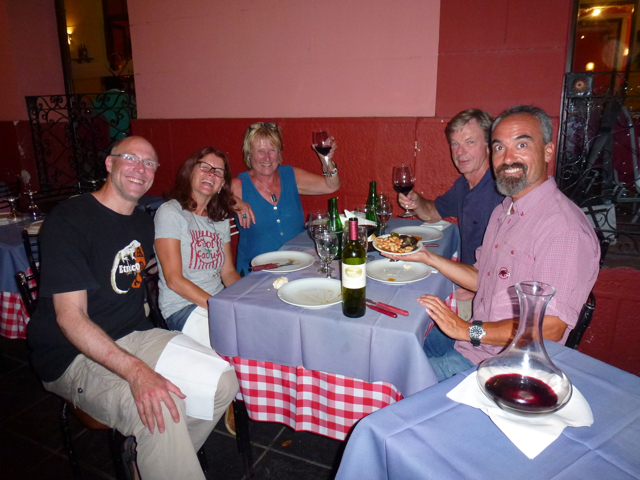 We will see us again in Peru.

Today only relaxing, reading and maintaining the blog. And a visit of the Mercado Artesenal in the evening hours. Unfortunately I’m with my motor bike and can’t buy anything…

The way to Santiago is well marked and so no problem to find, although my GPS doesn’t like cross-border navigation. And after a while it becomes a nice road 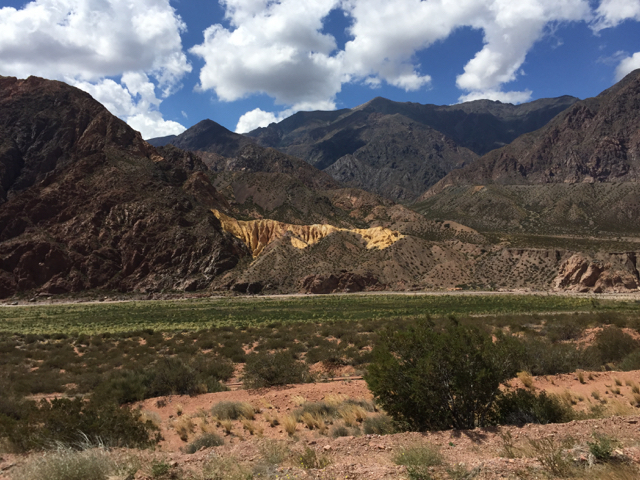 Suddenly the police stops me. END_OF_DOCUMENT_TOKEN_TO_BE_REPLACED

Below you will find my trip from Bariloche to Mendoza. 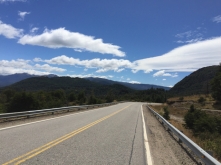 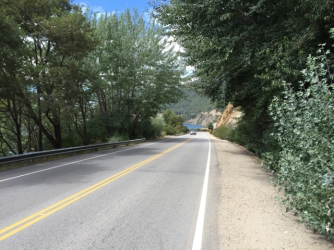