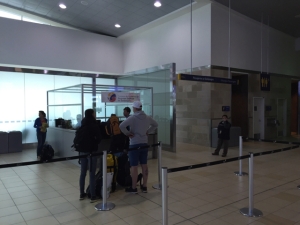 Arrived at the airport I have to pay $20,- Galapagos Visum fee and have a special inspection for food. Once finished the man at the check-in looked at me and asked me immediately if I’d like to have an emergency exit seat. Of course, thank you! Unfortunately the flight has a stop over in Guayaquil where we have an hour break. At the Baltra airport on the Galapagos Islands I have to pay another $100,- national park fee. Puh. Jaime picks me as the last passenger from the airport and brings me to the Zodiac and finally to the “Astrea”.

The boat looks quite old and not very clean. Barefooted walking is automatically connected with dirty feet.

On board I quickly check if the rented gear fits. All is fine. In the afternoon the Check dive takes place. Everything is perfect (except that there is nothing to see so far) and with my more than 100 dives I’m one of the un-experienced divers. . 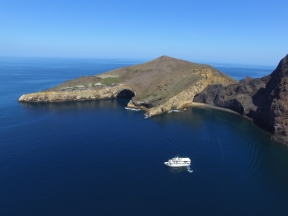 Astrea next to Isla Isabela

Astrea next to Isla Isabela 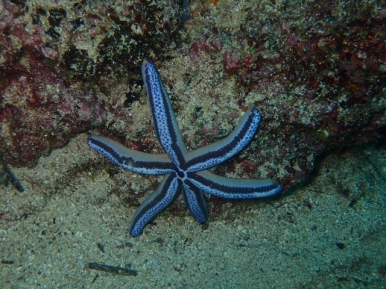 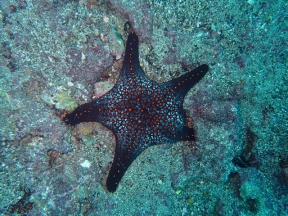 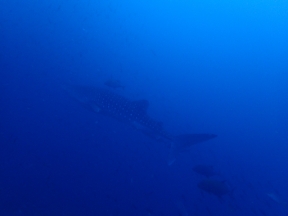 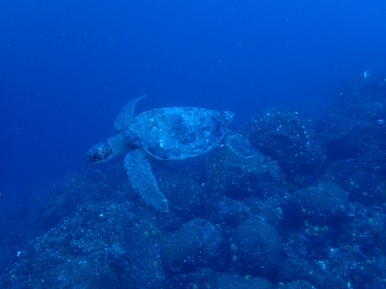 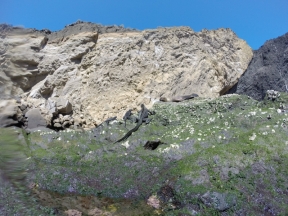 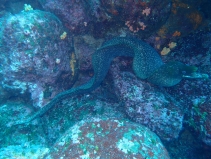 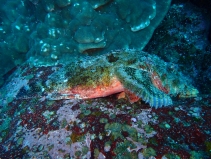 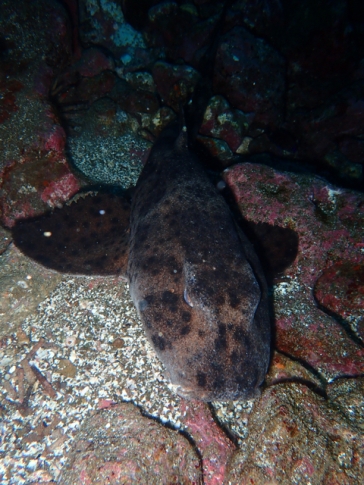 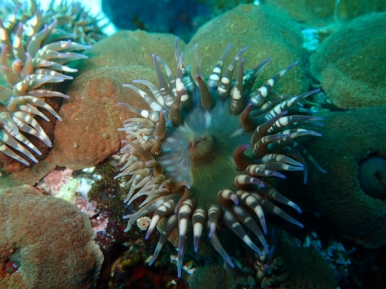 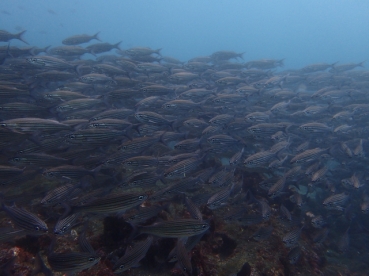 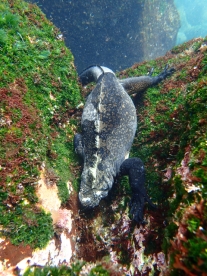 Back in the harbour of Puerto Aires on Monday afternoon we are heading to Darwin Station, which is very boring behause most of it is under contraction. At the end I was too late for the walk to Tortuga Bay because I have to be back at 5 p.m. and startete just at 4 p.m. But I enjoy the walk through a bizarre forest.

sea lion and me

At 6 p.m. we are back on the boat for dinner and sleeping.

In the morning we are going to the highlands watching the free living tortoises and at the end a tunnel which was created by the lava.

In the afternoon I book a 3-day trip to Isla Isabela for Thursday and enjoy the evening with the 3 Britons from the cruise.

Today I do almost nothing. Just walking to the Playa de Los Alemenes and later to “Las Grietas” where freshwater and saltwater is mixed and the juvenile parrot fish grow. 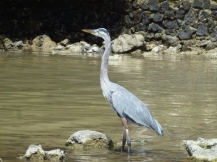 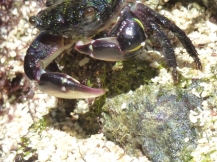 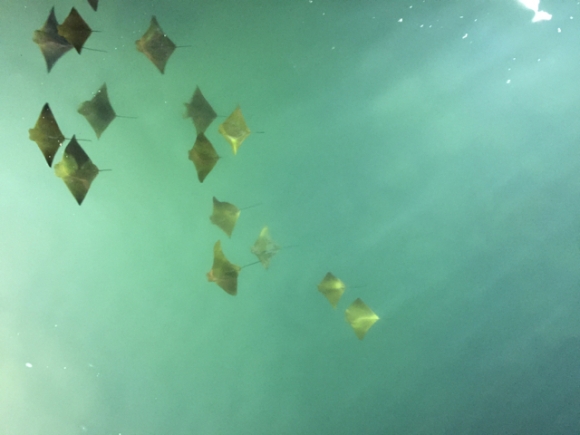 A guide brings us to a basin with flamingos and afterwards to the tortoise breeding station. Not that exciting but nice. 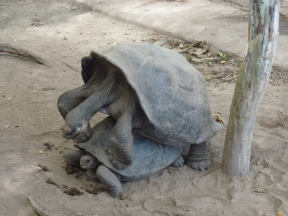 In the afternoon I meet Mathias (www.planlos.world) who is travelling around the world with his bike. Impressive!

One hour by speed boat and we reach „Los túneles“, a fascinating area built by lava streams ending in the sea and got cold. It is the breeding area for the famopus blue feet boobies. Beside this we can see while we are snorkeling sea horses, rays, white tipped reef sharks and turtles. Really nice!

On the way back a huge whale showed up. Really recommendable trip!

The last day I spend a hiking trip to volcano Sierra Negra and Chico. For me it is always impressive that plants start to grow so quickly after an eruption (last ones was in 2005).

After 12 days I fly back to Quito. Once I arrived it is raining!